The long-awaited 80th anniversary of Nutan's birth has arrived! On top of being able to order Lalitha Tamhane's book in its English version (hopefully, I'll try asap), here's an article which, in agreement with Seema who had wondered if this contribution might not have appeared in the book, I'm posting today here, where it'll offend no one!

The origin of my admiration for Nutan

I believe my admiration for Nutan comes from when I first opened my eyes from the bottom of my cradle, and saw her face leaning over me, in care and hope at seeing someone so small with his eyes wide open to contemplate her. Well. This isn’t quite true, but when I will have told you that Nutan was born the same year as my own mother (1936) and that I fancy that there is some distinct resemblance between her and India’s most distinguished actress, I’m sure you will understand! I have been introduced to Indian cinema not so long ago (2006), and quickly realized what a wealth of lively artistry it contained; I started by watching everything I could watch, marveling at how long I had been living without knowing about the existence of this world of music and colors: nothing very original so far! Then, perhaps guided by Raj Kapoor and Guru Dutt, whose names had been mentioned to me, I started to explore the oldies, and I stumbled into this mishmash which goes by the name of Dilli ka thug! 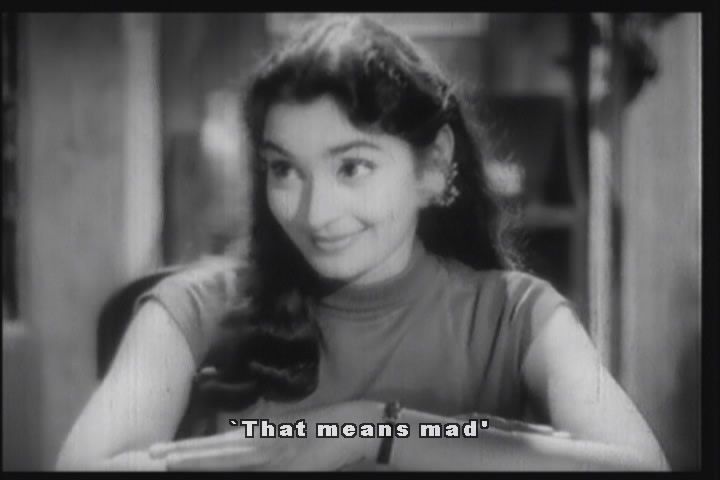 In this zany film I was struck, as far as I remember, by the sprightly girl’s number, how she twirls and pauses, leading Kishore Kumar by the corner of his heart, how she hardens her black eyes in disapproval, or how she softens them in understanding; how she prances and pouts, how she struts and scolds, and then suddenly melts under the accumulation of her own foolish rage! But to say the truth, I didn’t go beyond her charms. Let’s say I was charmed by the actress, pleased and seduced by the smart and pretty thing on the screen, but I knew nothing as yet of the person. I didn’t know anything of the woman, the mother, in short of the soul of this person whom I looked upon as a beauty and a fine young lady. This came later, and in fact I even had to watch DKT again, because inside it was enclosed the gems of gems, which I had almost overlooked the first time: I mean this marvel of a song Yeh raate, yeh mausam. This song is for me the quintessential one, where Nutan appears to me like the ravishing angel, the delightful and spritely icon of everlasting femininity. There is something infinitely haunting, amazingly moving about this chanchal hawa, and the way Nutan lets it flow through her hair, through her smile, through her eyes. I’m not sure it’s possible to blend better (on screen at least) the feelings of absolute loving trust and soft and joyful playfulness! This song is total bliss.

So little by little I came to realize that within Indian cinema, which at the time I was discovering in its own right, with its magic of colors, of music, of energy and of sheer fun, there was an actress who could absorb without any fear of exhaustion my insatiable interest, who could inspire me with longing and delight, who could intrigue me with her humor and her simplicity. Yet Nutan was nothing if not an accomplished and deeply intentional artist. Simple yes, but certainly not ordinary. Her simplicity comes from the unity of her person and her persona. On the screen, what you see of an actor is his variegated persona: it is the combination of the man (or the woman) that we recognize through his or her different roles. And we know that there is always an element of arrangement in such a public persona. This situation becomes even more complicated when beauty comes into play, because beauty is so easily used to seduce and replace talent. But with Nutan, one had the impression that the private person was there on the screen, that she had nothing to hide and didn’t need the sophistication of a screen persona. We were given access, through this mesmerizing face, to her inner beauty, with the result that for once, outer gorgeousness revealed and guided one to inner splendor, without masks or make-believe. I write “through” this face, but no: when looking at her, we don’t go through to somewhere else: her beautiful soul and heart is there, right on the surface, offered and candid. And it’s just too stirring for words.

Nutan was lucky to have been noticed by Bimal Roy, and he did two of his masterpieces with her. Bandini and Sujata are her tragic masterpieces. What is fascinating in those two roles is how she manages to make us believe in the link of truth, innocence and beauty, when this link is swamped in violence and shaken to the point that normally it should break if the rules of the world were obeyed. When a person is faced with violence, immorality and ugliness, their resources are often to lie or to retaliate, in order to survive, and the original human link uniting these precious qualities is doomed. Lying will protect the body but desecrates the soul; escaping can protect the soul but truth pales, and retaliating might save one’s position, but some essential innocence is tainted. The solution to these challenges is sacrifice, because in sacrifice one continues to love, one retains one’s innocence, and one’s essential purity is unscathed. In Bandini and Sujata, a heavenly Nutan demonstrates the value of sacrifice and its poignant drama. Rarely has purity faced so starkly the wall of despair and violence. (Check here for Nutan's take on Bimal Roy).

I discovered in Nutan a free spirit, which, combined with her artistic intelligence and versatility, overflows in gleeful humor, and this has been felt and tapped by a number of film-makers. We have already mentioned Dilli ka thug, but there’s the truculent Anari, the sweet Paying guest, and the glorious Tere ghar ke samne. In all these movies, watching her gorgeous looks blend with the astounding pleasure of following a freewheeling carnival of pranks and hide-and-seek: Nutan can sulk and then charm, scold and then cajole, glare and then titter away; she cares nothing about pulling out her tongue, opening her mouth wide, squinting and fooling about like a clown; and she can fake, mimic and frolic, all as naturally as if she was a ten year old. She’s essentially a lovable companion, who never plays the game of love, but loves, out the goodness of her heart, and this means being very serious about love. Her characters are full of this overbrimming smartness and gentleness which you know belongs to those persons who aren’t encumbered by themselves, but on the contrary believe in helping and giving joy. Naturally this doesn’t mean she can’t pretend: simply she won’t pretend to secure a selfish goal. One feels absolutely free with her, one feels restored and safe. And all this can be tantalizingly acute, because at the same time she saunters and sings and giggles, her face is pouring out her ravishing angelic beauty, and even she seems unaware of it.

I learnt only later what sort of person she was in her everyday life, in her family relations, and personal quest for fulfillment. She was a poet, a spiritualist, “a seeker” (as her husband Rajnish Behl once remarked) and all this ties up well with the first impressions of the passionate searcher of truth and justice of her first films. It is a real pity that Indian cinema doesn’t trust its greatest actresses to the point that they are given leading and significant roles in their later years, as if producers couldn’t see that the beauty outside fades only if one doesn’t love the ageing person. But if she is beloved, and I’m sure Nutan was loved by her public, well then she would have given this love back to the hundredfold. Instead she was given only secondary, standardized roles in her later years, and was led away from the complexity and depth of her first roles: what a waste! When will Indian cinema realize it? For example, the strength and scope which Nutan gave to her character in Saraswati Chandra (1968) is proof of the potential she had, and which went virtually untapped.

I’m a Frenchman; my country is an old cinematographic country, where many successful cinema schools and famous film-makers have emerged. Many outstanding actors and actresses too of course. Nevertheless I don’t think I can spot anyone quite like Nutan in the lot (there's Sandrine Bonnaire, perhaps), even If I don’t know all of them! Nutan shares with classic Indian cinema this quality that I find so important and that we in the West have lost, in a way: a fundamental honesty. She adds to this quality something personal and special which I choose to call vibrant grace. Vibrancy because of her fascinating love for life and her powerful emotionality, and grace to honor the kindness and almost childish attention she bestowed on people she loved. 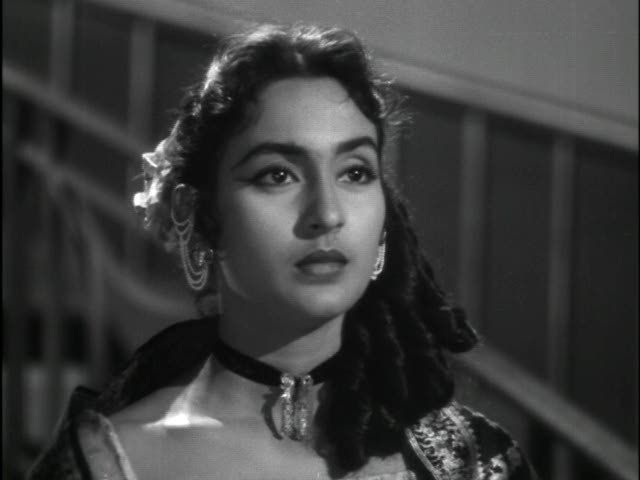 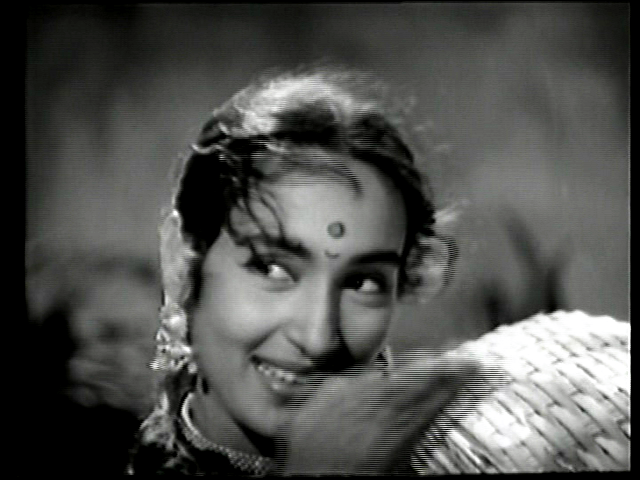 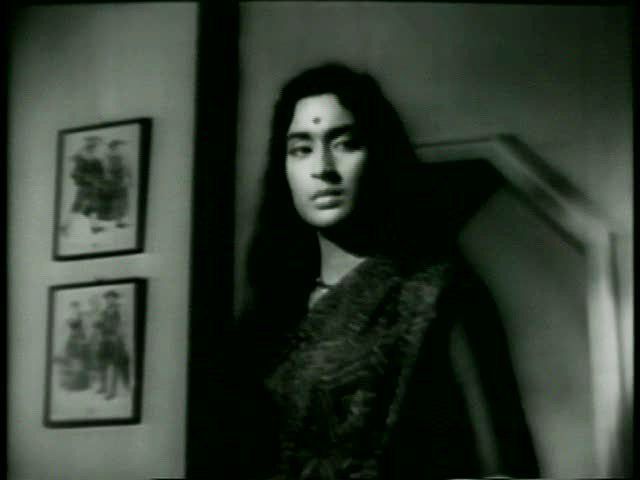 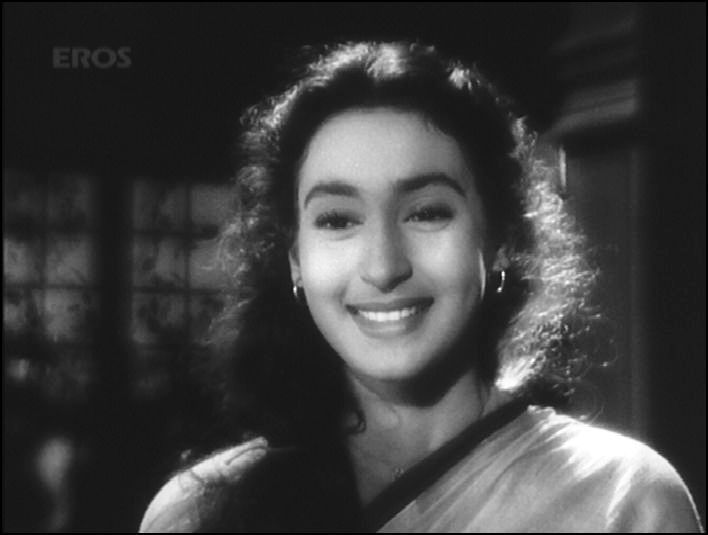 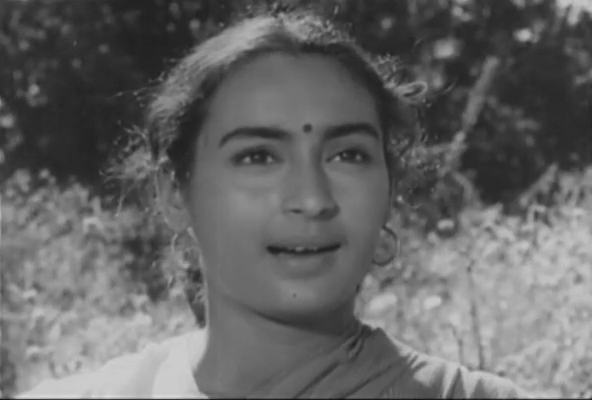 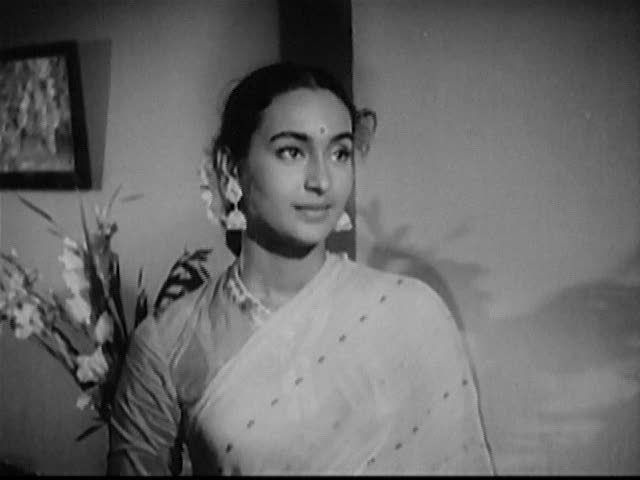