I’m very enthusiastic about Bollywood actresses, but perhaps not for the reason you imagine. Of course today’s actresses are beautiful, charming, sexy, clever, the whole works. They’re real artists, and they’re real businesswomen! On their (not so frail) shoulders is placed a good deal of the burden of success. But let’s face it, not as much as in a Western film. Anyhow, what for me characterises the queens of Bollywood, the Preity Zintas, the Rani Mukherjees, the Aishwarya Rais, is a deep sense of availability and friendliness. I feel in them at the same time the presence of a woman and of a friend. It’s such a pleasant and rich feeling. You can fall in love with them, of course, but then that love will be filled with a sense of thankfulness. It won’t be a selfish and desperate love. This love will be filled with the wonder of the eyes, the magic of the smiles, the strange longing for softness and clarity, but it will not be destructive or frantic. 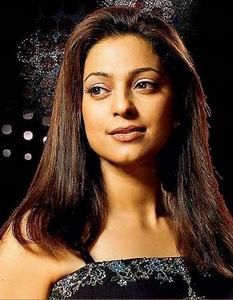 With these actresses, in general (it’s difficult to be objective!) you watch them and pretty soon you feel at ease with them. They are close. They aren’t there to take you by surprise, but on the contrary they give you the best of what they have: a warm presence filled with kindness and that special combination of womanhood and motherhood. Indeed I wouldn’t like to forget such lovely actresses as Khiron Kher and Jaya Bachchan, for example, but that womanhood/motherhood is not restricted to older women. I see it in Rani Mukherjee’s sweet eyes (I remember her in Chalte Chalte), in Preity Zinta’s tears (Kal ho na ho), in Kajol’s seated attitude (Fanaa), in Aishwarya Rai’s embrace (Kuch na kaho), in Madhuri Dixit’s steps (Devdas)…It’s something I see in a woman the minute she’s on the screen: a sense of responsibility, a kindness, that particular poise which reassures and provides stability in life.

These Bollywood actresses are the spectator’s friends, and this comes, I believe, from their desire to fill their roles with a sense of their womanhood which is both respectful of its Indian values and willing to transcend the limitations of culture and region, to open on human values. In short, it is the way these actresses perform that makes us feel they are our human sisters. And when I say this, I am thinking about actresses who prefer (together with their directors, I suppose) to use their roles in order to attract the attention on themselves, instead of on the humanity they are a part of. If an actress forgets, and makes us forget she is there on the screen to turn us towards a better humanity, I feel she is no longer my friend. If I am made to want to see her body more than her person, she is no longer my friend. But if she uses her body, her beauty, her charm, as elements of the revelation of our common humanity, then she becomes my friend, and even if I love her, I am not in risk of being focused on the signs only of this revelation. I will first thank her for the revelation.

Being an actress in Bollywood films is both a feminist and a creative task: the trend is today towards a “hollywoodisation” of women. Resisting this trend will require a inventiveness and a courage that perhaps will be as great as the one needed to extract women from the ageless Indian alienations. It is not by becoming like Western heroines that Bollywood actresses will help emancipating Indian women. It is on the contrary on focussing on what is truly human in their Indian womanhood.